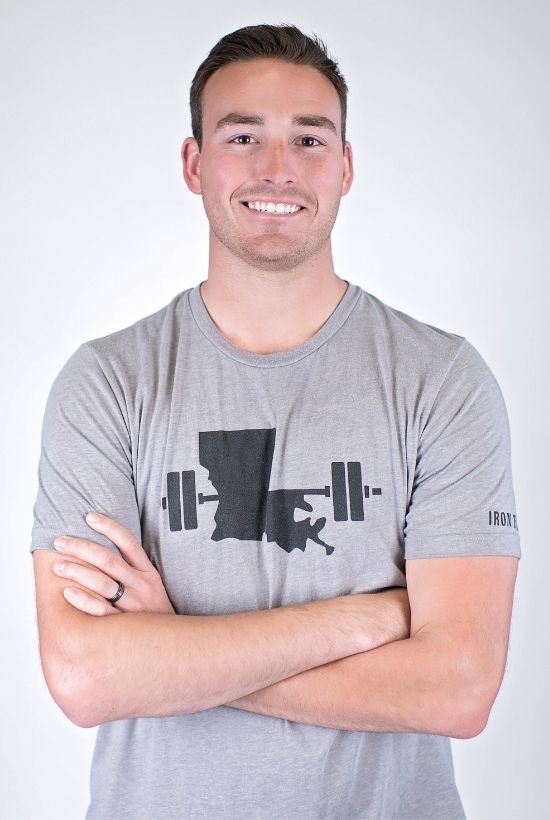 “Once someone realizes they have accomplished a goal they never thought was attainable is one of the most fulfilling parts of coaching at Iron Boot,” says Zach.

Zach has a degree in Kinesiology from LSU. He started coaching at Iron Boot in 2014.

Most people don’t think of being hard-headed as a strength. But it is when it comes to Zach. That’s because he’s able to take that focus and use it for achieving goals whether it’s in the gym, career, or family. He sets the bar high and does whatever it takes to get the job done.

Zach says “I love to see people succeed”. He’s a motivator. He enjoys pushing members beyond what they believe is possible.